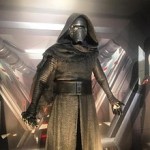 My Religion is very similar to Islam, but Islam is the most evil thing in the universe and my religion is perfect.
I hate the far left. I don't care that Jesus is ultra far left.
You're a Nazi if you're a socialist, you're not a nazi if you're a nazi.
I hate Nazis. Now let me blindly assert that you support Farrakhan to discredit you in typical Nazi fashion.
Socialism and Communism are when the government controls everything and the means of production are taken away from the working class...wait
If I am not man enough to make an honest living, I should be given money for spreading alt right propaganda on the internet.
We must defend our right to murder people with hot lead.
My alt right propaganda sources said college should not be free. Rich people should be able to buy IQ points while the serfs rely on biology and environment to make theirs.
I believe in objective subjective things.
I'm religious, but I think I have the right to call justice and fairness a delusional pipe dream. I believe in a magic place in the sky where there are no problems and everyone is always happy worshiping the good lord for eternity, but a society where the masses are not ruled and exploited by a tiny minority is an insane utopian fantasy.
A man who arduously strove through mountains of academia to produce extensive economic theories and critiques is lazy, people who sit on their ass collecting profits from other people's work are pioneers.
All Jews are good people.
I'm not Hitler, you're Hitler because you called me Hitler. You are the opposite of Hitler which makes you Hitler.
Anyone who disagrees with my upside down, narcissistic worldview is going to burn in a lake of fire.