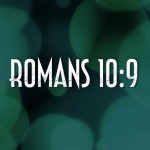 BurritoLunch is a donkey leftist, who hates free speech.