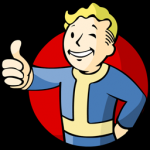 "Thou shalt not lie with mankind, as with womankind: it is abomination."

There are also verses about stoning homosexuals to death.