Do you agree with the Occupy Wall Street folks 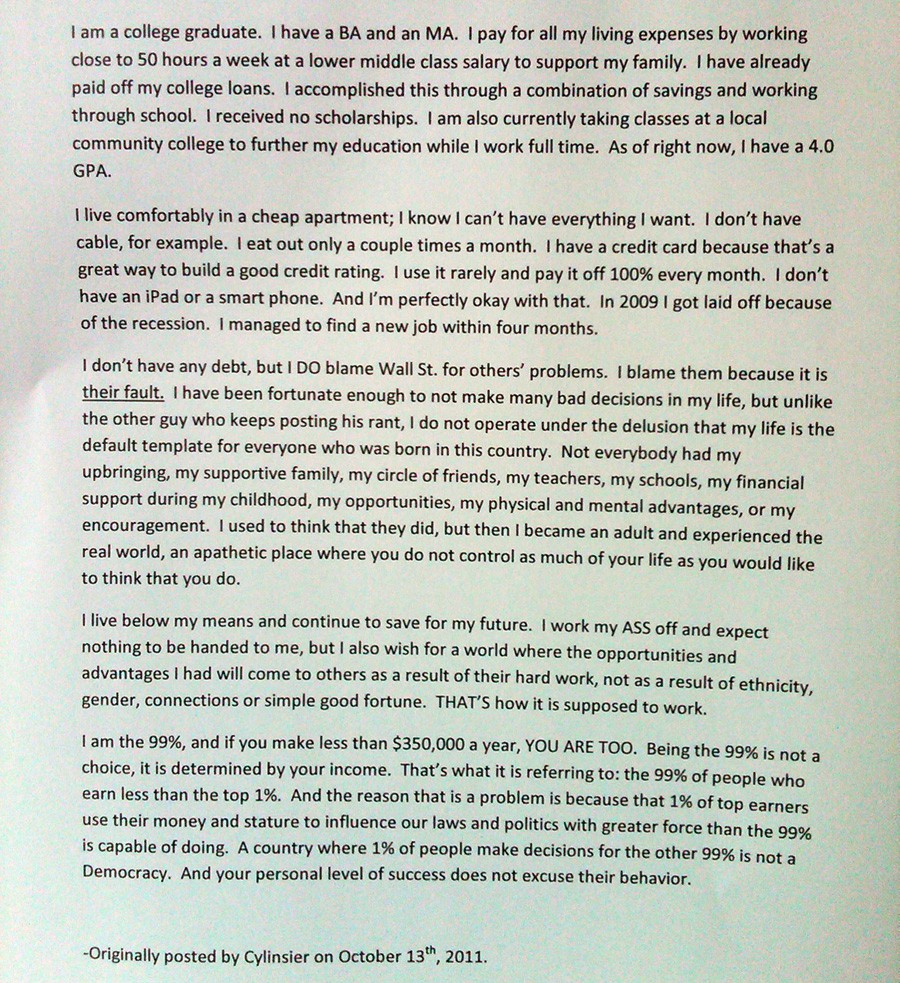