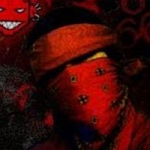 Do you think America should have free higher education and universal healthcare?

So far it seems like America is the only developed country without any form of universal healthcare and some European countries offer free higher education but this is only free for residents in that country or member countries of the EU.

I should also mention the downside to those things being in place. The countries that do have them also tend to have extremely high taxes so if America did adopt those two things you would most definitely see a large hick in the taxes.