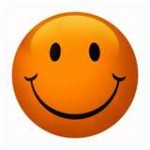 For the Gun Control Supporters How did people get killed by guns at Mercy H in Chicago?

If Chicago is a gun free city and Mercy Hospital is a Gun Free Zone then how did three innocent people lose their lives to Gun violence? The answer is that gun restrictions only create victims for those who don't follow the laws.