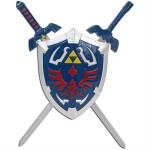 As some of you may or may not know. Hannah Anderson was allegedly kidnapped by James JIM DiMaggio. The authorities say James killed Hannah's mother and son and kidnapped Hannah. Hannah was "saved" by an amber alert and local Idaho people helped locate the two individuals, leading to Hannah being saved.

There are several strange happenings within this case.

I will discuss these happenings below. Please do respond with your thoughts. Thanks.