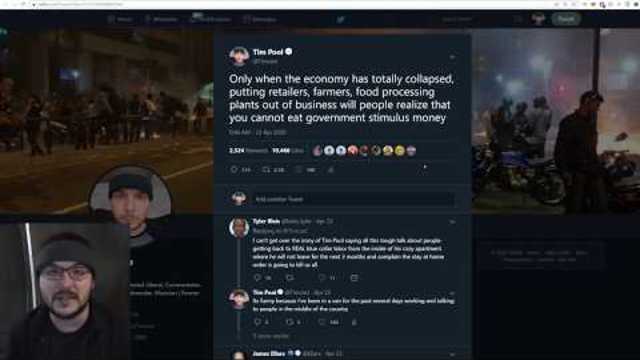 >>>>> VIDEO <<<<<
https://youtu.be/kmrBB1C2gsQ
Only when the economy has totally collapsed, putting retailers, farmers, food processing plants out of business will people realize that you cannot eat government stimulus money.
https://mobile.twitter.com/timcast/status/1253319280088813569