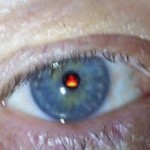 I hate Niggers and Jews more than any other race. They should not be allowed to be called humans. Niggers are more like apes than humans, and Jews are like an evil, and very ugly version of humans. Furthermore, Jews and niggers are closely related, each have a preponderance of of both Neanderthal and Rhesus Monkey DNA. It has been proven by Euroscience (the study of the brain, invented by white people because we have the most brains) That niggers and jews are at least 5000% more likely to steal and rape. According to IQ results, niggers  are dumb, and Jews are very good at scamming people and lying.