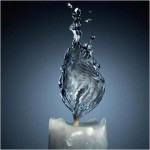 to create a new debate that has already been debated on in the past?

to “bump” the past debate that was already in effect to an “active” status.

By “better” I mean which one is more effective in establishing a sound rationale for both debaters and spectators.

When, if ever, is it an appropriate time to create/bump a debate topic that has been or is being debated upon?

I realize that this is not as black and white as I suggested, hence the "perspectives" format.