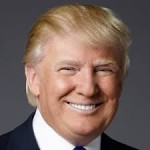 Should the Mexicans pay for the wall Trump will build?

choose a side a support yourelf!