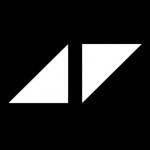 Should the US restrict guns?

There has been a lot of controversy over whether to keep the 2nd Amendment law, that allows people to hold and buy guns for self defense. Some people think it protects them from criminals, but others think that it just makes crimes easier to make. What do you think?
My opinion is that in many places, guns are necessary to stay safe, especially in cities with high levels of violence. But there should be tighter restrictions on what guns they are allowed to buy, and which people are allowed to buy them.