So why didn't the Democrats pass prison reform again? 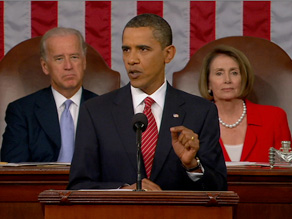 When Obama Had “Total Control of Congress”