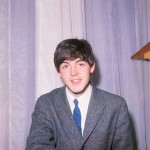 People are claiming Donald J Trump (the president of the united states) is a racist, without providing a proper argument/proof. There IS, however, proof that Joe Biden is a racist, but that's another debate. So, give me some evidence that our president is a racist man.