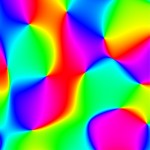 The end of the US dollar (is fast approaching)

I just watched this video http://www.39newamerica.com/

and its terrifying, because its all true, major countries are shifting away from the dollar because we just keep printing more and more of it, and its losing value. They are sick of having our currency as the reserve currency, and i guess there was a secret meeting last year in which the US was not involved, and it was with china, russia, japan, france, and the middle east and they were discussing switching their reserve currency off from the dollar.

Americans, if you dont understand this, it means we are literally FUCKED. We do not export any products, we only import products, which means if other countries go off the dollar, we wont be able to buy imports any more, especially oil, which is a mighty player in our country, sure we have our own oil reserves, but the prices would go way, way, way up.

This is the end of america, at least for a while, because prices are going to skyrocket so far up we wont be able to buy anything...

WATCH THE VIDEO ITS AN EYE OPENER EVEN IF YOU DONT LIVE IN AMERICA LOOK AT HOW THE WORLD FINANCIAL SYSTEM IS CHANGING.