The goal of socialism is Communism - Vladimir Lenin 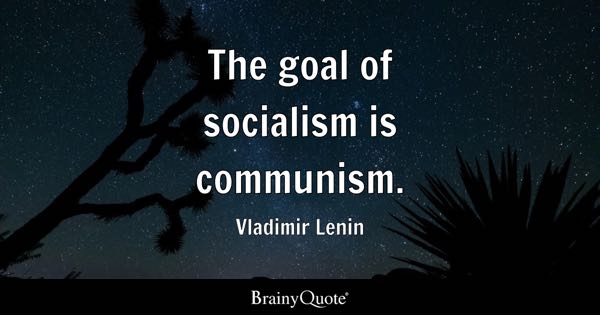