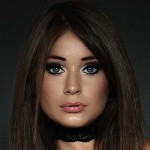 A new report has accused China of pressuring hundreds of thousands of Uighur Muslims to pick cotton in the province of Xinjiang. Activists have claimed major Western fashion brands are complicit in the abuse.