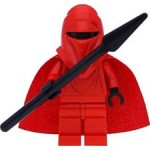 With Its First Film Slate, Daily Wire Embraces Those Out of Hollywood’s Favor