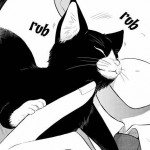 The United States and the Roman Empire. Two influential historical Giants. The US laid the blueprints of their government looking to Rome for guidance. The two are more alike than they are different, in a scary way. By your definition of greater, whose your choice?
I'd like to point out that if you're planning to take this as an opportunity to diss and insult the United States, or even the Roman Empire, this isn't for you. This is simply to acknowledge their history and influence and achievements and compare the two for fun.