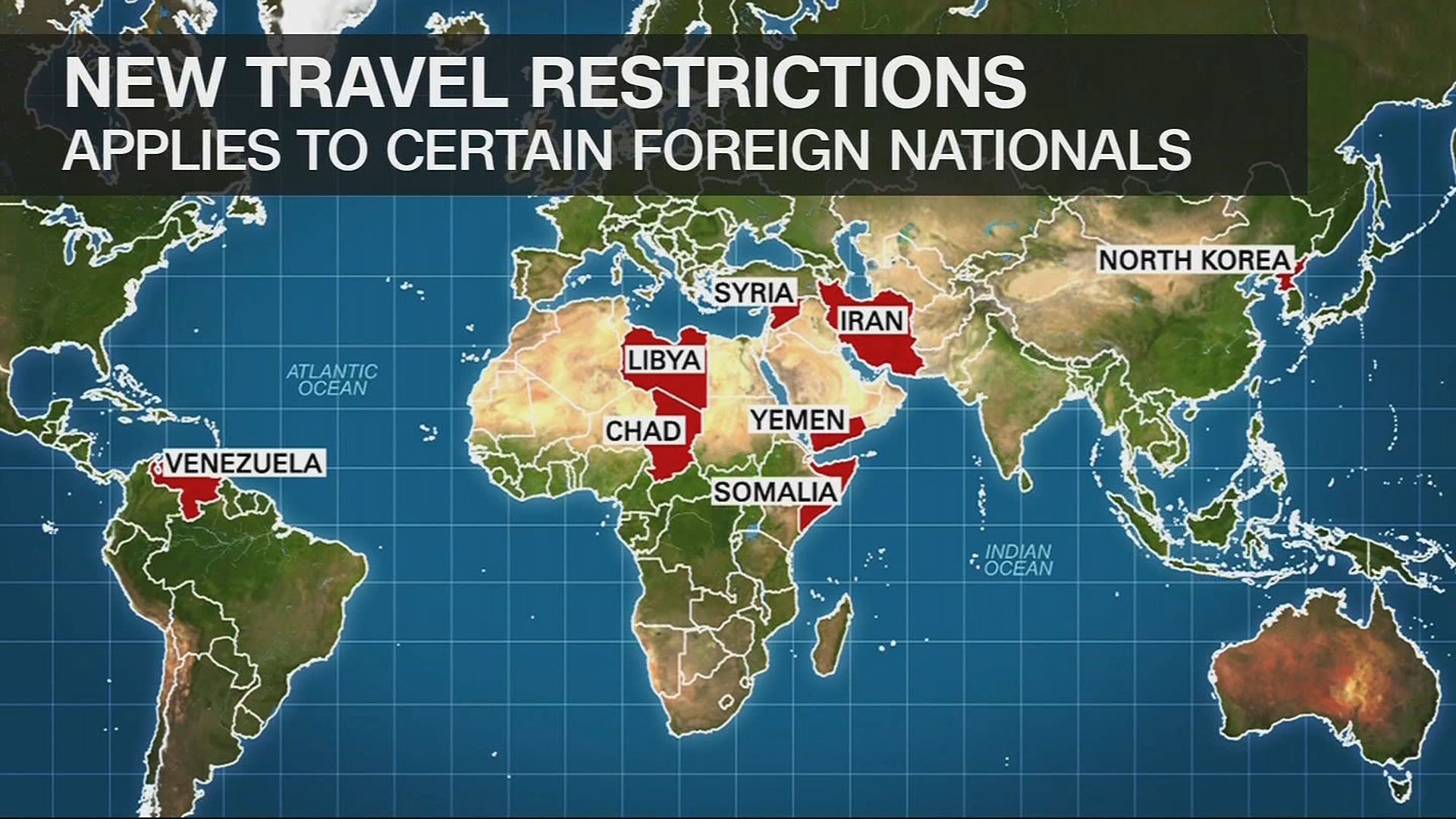 Most Muslim countries aren't on the list, and Venezuela isn't Muslim at all. Even North Korea has been on the list. Every nation on the list is either a failed regime in chaos, and unvettable, or they are Iran who has threatened to attack us and our allies.  And 2 countries on the list were removed once they met basic vetting standards.
But Democrats still call it a Muslim ban because they are dishonest, scheming maniacs.