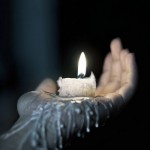 We should defund police and let minorities police their own areas