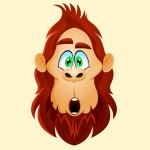 Libs tell us exactly how they feel about minorities
https://youtu.be/rrBxZGWCdgs