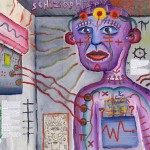 Why are Americans so god fearing?