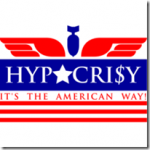 should they make physical activity mandatory in school

i believe they should, im on a wrestling team, but there are plenty of people needing to walk a longer distance than just out of bed.