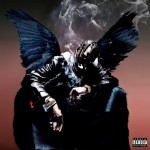 Joined:
2 years ago
3 most recent arguments.
View All

"Now that humanity knows quite positively that the Moon is not a piece of cheese or a playful god, the phenomena that accompany it (from its monthly cycles to lunar eclipses) are well-explained. It was quite a mystery to the ancient Greeks, though, and in their quest for knowledge, they came up with a few insightful observations that helped humanity figure out the shape of our planet."

"Aristotle (who made quite a lot of observations about the spherical nature of the Earth) noticed that during lunar eclipses (when the Earth’s orbit places it directly between the Sun and the Moon, creating a shadow in the process), the shadow on the Moon’s surface is round. This shadow is the planet's, and it’s a great clue about the spherical shape of the Earth."

View All
Alperen has not yet created any debates.