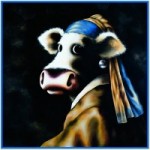 You say just because we legalize it does not mean that we would do it. So that makes it ok for society?

No, it just makes it ok for those that want to do it.

I wouldn't go out and marry many times just because the law allows me to, would you?

And the truth is...if something is legalized it becomes moral.

Really? The death penalty is legal in some states and yet a lot of people would argue that the practice is still immoral.

Abortion was illegal, immoral at one time...prior to 1973.

The only fact in that sentence was that abortion was illegal. You can't describe it as universally immoral because you would have to speak on behalf of every living being at the time, and presume that you know what their feelings where on the matter.

Now although it is still stigmatized for all the right reasons...it is ok to do and we do it well in the US.

Well it's not ok for everybody, is it?

You don't see every pregnant woman in the country line up to have an abortion just because it's legal, do you?

We kill more unborn children than any other country in the world. So much for the abortion law.

And because its legal doesnt mean that everyone will do it.......BUT statistics show that the majority of women get them.

Show me. Show me the statistics.

Furthermore, what does abortion got to do with a few people agreeing to live together and love each other?

So what makes you so sure after group marriage was legalized that the majority one day wouldnt do it ? You don't.

If the majority decides to do it, then all that proves is that all this time we were suppressing the majority into not doing it. Just so that people like you, who are uncomfortable with the idea, can live in a world where everybody else abides to their ideals and lifestyle. Even if they are forced to do so.

You talk about feelings like they are nothing, not special, just ordinary.

What? Where did I say that?

It's not about love really, its just sexual.

Well you don't know that, do you?

We're not talking about fuck-buddies here. We're talking about people who are in love and have a lot in common, and want to share their whole lives together.

One of the most dangerous and damaging emotions that can rip and tear through a family is that of jealousy. And do you think that there is any jealousy in polygamist marriages and relationships?

If you are the jealous kind, then clearly polygamy is not your thing. So that point is void, because the people that would be willing to partake in a polygamous arrangement are clearly not the jealous kind.

Do you think children would or could get hurt in relationships where daddy cant keep it in his pants and has relationships with all sorts of different women?

Well, children are already getting hurt in relationships where daddy can't keep it in his pants and has relationships with all sorts of different women SECRETLY.

Those are the truly hurtful relationships because when the truth comes out (it always does) both children and spouses feel betrayed and everything falls apart.

But in a polygamous relationship, daddy doesn't fuck around with unknown women. No one feels betrayed because no one is lied to.

And what happens if you bring a STD home? Or if you got them pregnant?

Well you're not bringing STDs home because you are not having sex outside the home.

And if you got them pregnant, then they would be having children... Like any family.

Rape is not a recent concept either....so whats your point about polygamy? Murder was around too......is that good and beneficial to society?

Rape and murder are violent actions that happen without the consent of the victim.

There are no victims in polygamy, and the participating adults do it with their consent.

Well, true love is not limited in quantity.

By your argument, parents that have two or three children love each child less than parents who only have one child. But is that true?

I think people are making a huge deal out of this when it really isn't.

We don't punish people for cheating on their spouses, but we do if they come clean and invite both parties to a mutual partnership.

That implies that we are not really concerned about the truth, just as long as we all maintain that image of a perfect society, where everyone lives with one partner happily ever after. So it's ok to cheat as long as you do it secretly.

If you think that it would transform our societies into the modern day Sodom and Gomorrah, then remember this: just because you legalize it, doesn't mean that we are all going to want to do it. And if most married men cheat anyway, then perhaps we already are Sodom and Gomorrah, albeit with a thin coating on top to hide the truth.

I know a few people will use "children" as a wild card to dismiss this, but think about it first. At some point all children will face the reality of being in love with two people. But currently that is a taboo, and the only option is to pretend you are not and then have a secret affair. However, if polygamy was legalized, and we were more open about it, people will find it easier to come clean and own up to their feelings.

Let's not forget that polygamy is not a modern concept. People have done it for hundreds if not thousands of years. Some societies allow it even today. And children are raised in all kinds of family set ups: single parent families, grand parent families, and families made of friends or relatives. So maybe we shouldn't get all high and pious when a child is raised in a polygamous family.

If all participating parties are adults, and they are happy to go into that kind of arrangement, then what is the big deal?

There are plenty of social groups out there that already structure their lives with a self assured "knowledge" that God is indeed up there.

What I have observed so far is that a common theme running through all these groups is that personal liberty is almost always sacrificed and squashed. Free will is suppressed and the members live in constant judgment.

Just consider what man has done in the name of God when man didn't even have concreted proof of God's existence. Now imagine if man did have that proof. How much would that cement his conviction to perform atrocious cruelties on other people, guilt-free.

But let's say that the proof prompts people to be good. Would anyone ever trust a good deed? Think about that. Right now, you can choose to do something good for someone, for no return, out of your free will. But with that proof of God in place, will anyone ever be able to trust that those good deeds are not motivated through fear or reward?

So, that proof would effectively install a heavenly dictatorship right on our heads.

Can I clarify that the debate is limited to the proof being positive.

In other words, I'd like us to focus just on the possibility that we have proof that God DOES exist.

I could refute the concept of equality itself. I have never observed two identical things (in the real world) that couldn't be demonstrated to have difference.

Are you refering to the possible differences between the imprint on the object and the actual fingerprint?

I would want to leave room for doubt on most things actually. That's a philosophical inclination of mine.

And in my books that is something to be proud of.

Yes a fingerprint on an object is GENERALLY regarded as reliable proof that someone touched an object.

Yes, but I didn't ask you what the general attitude towards this proof is.

So that's why I asked YOU.

And in doing so I am assuming that you possess the required knowledge and that your mind does not have an agenda in this matter. Therefore, I think we should fore-go a biological discussion on fingerprints.

So, forgetting about the general regard, is the fingerprint merely "convincing" or is it "proof"?

It depends on the level of certainty I was after.

The certainty of proof is always 100% regardless of what you are after.

So, back to our question, regardless of what you are using this proof for (court case etc.), is your fingerprint proof that your finger touched the subject?

Is this fact refutable? Is it possible that this truth will ever be false?

Thank you for introducing a very interesting subject.

I want you to know that I do not argue or debate from a certain side or angle, I enjoy mutual conversations with an open mind, and I appreciate the knowledge and mental breakthroughs that can be gained. Now, on with your statement:

May I suggest that the difference between "proof" and something that is "convincing", is that proof has to be irrefutable and always true, whereas a "convincing" argument may well be refutable and false.

Furthermore, a "convincing" idea is heavily dependant on the subject that is "convinced" and the degree of how convincing it is will vary from subject to subject.

Having said that, I would like to pose the following question to you:

Please note that I have not added any more variables or dependant storylines to this question. This not a question of whether your were in the room where someone was killed, or whether you willingly touched the subject or not. Just the question.

First, let me clarify that I am not debating whether all Americans should speak English "all the time". You are a free country and if people want to speak to each other in an another language that is their choice and right.

Now, the reason I am on this side is because in order to run a country and maintain official communications smoothly, the country must have a "national language". A language that is spoken by every office and body that represents the state. So, in that respect, every American should be required to understand and communicate in this language, just like they are required to know and abide by American law.

This idea that the state has to cater to its citizens in whatever language they prefer is absurd, inefficient and costly.

As far as the private sector is concerned (i.e.private companies), as long as they maintain their inter-communications and operations in English, then they should be free to cater to their customers in additional languages, as long as English is always an option.

Would the world be better or worse if we had proof of God's existence?
Winning Position: WORSE

Man made God in his own image.
Winning Position: Agree

Should SOUTH PARK show the image of the prophet Muhammad?
Winning Position: YES

Secular countries are much better off socially and ethically.
Winning Position: Agree

Sticks and stones may break my bones but words will never hurt me.
Winning Position: Disagree

Do you support the Swiss voters' ban on the building of minarets?
Winning Position: No