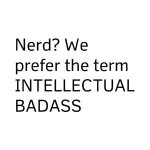 Joined:
11 years ago
4 most recent arguments.
View All

You're joking right? North Korea and South Korea would never fight together and as i recall Japan & South Korea are OUR allies.

"China will then mass an army of 500 million troops and arm them with AK-47's, RPG's, rocket launchers, to invade the U.S. by building a bridge from Russia Far East to Alaska. The Red Chinese will take out Canada if she don't submit then 200 million Chinese troops will join the japanese, south korean in California and 300 million will come down from the north all along the canadian/us border. West North East invasion of U.S."-

Um, yea... how the hell are the Chinese supposed to transport that many troops? BTW nowadays almost everybody has a gun in America. I'd like to see some Mongolian soldier trying to order me around. Do you really think people won't retaliate? (sigh) Another point is you're concentrating all your efforts on the U.S what do you think the Germans, English, and French would be doing? Standing around and looking pretty? I don't think so.

Hey you just offended a whole country by saying that. HE'S A FREAKIN' CANADIAN!

But i agree with you on your other point his music SUCKS!

Um I don't think so. If China were 2 piss off the U.S we just wouldn't pay the trillion of dollars we owe them. That would send China into a economic downfall.

Most of China's military is made up of untrained farmboys. And the U.S 's advanced weapons are a major factor. Basically how can you shoot something you can't see? That's how good our technology is, you can't see us until we have a pistol aimed at your face.

Durak! (And since you're Russian I know you know what that means.)

Your special forces wouldn't do anything against us. Before the breakup of the Soviet Union things would have been intresting but now... it's a no brainer.

A wonderful little factor that would determine who'd win is a little something called N.A.T.O attack the US and you have about 27 very pissed off countries that could kick mucho butt. Sort of a "one for all and all for one" kind of thing. Amoung our allies:

Even if we went one on one without any allies the US soldiers have advanced weapons and training. Sure Russian soldiers have better durability i'll give you that but we have the more advanced guns. If we won the war i don't think it would take long for the Russian crowd to come to our side i mean take what we offer and compare it to what Russia currently has. Americanziation, Google it dude, it's happening all over the world without war.

And as I recall Canada wasn't even a country back then so we were really fighting the British Empire which we eventually DID beat. Oh, BTW the US has about the same amount of soldiers in ONE state (Texas) than what Canada has in about their WHOLE military. I don't mean any disrespect i'm just pointing out the facts.

"The debate should be, can america defeat Canada? Russia is obviously way out of their league!!!"- LMFAO darling i think it's the other way around :)

Could China beat the USA in a war?
Winning Position: China