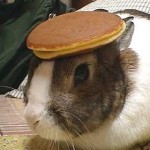 When stating an argument, it's customary for the one presenting the argument to also present evidence supporting said argument. Telling doubters to "look it up" only makes you look lazy or dishonest.

Don't be talkin' smack about the 97th amendment! George Washington gave his life on the beaches of Normandy to make sure the Mexicans couldn't take away our death penalty!

1. Is that feeling (sense of right and wrong) present in almost all individuals--an indication of a God given moral law?

There's no need to bring religion in to the mix. Evolution perfectly explains it. Groups of people that worked together stood a better chance of survival than groups that murdered each other (hyberbole for emphasis).

2. Or does it simply reflect what we have been taught by our parents?

Environment and education certainly has an impact, but it's not the only factor.

3. What is its source? Where does it come from?

As stated above, a mix of nature (genes, evolution) and nuture (environment, education).

Survival in the form of a stable society.

If I went to the moon, I'd see a large gray barren hell scape full of craters and small U.S. flags.

Whereas if I sold my moon-tickets on Ebay, I'd easily make some serious cash, and I could fly to Afghanistan to get the same experience for a fraction of the cost.

So, no, I would not want to go to the moon, but I'd gladly like to win those tickets.

This is a loaded question, since there's no clear definition for what constitutes "life".

Using Biology's definition, there are 7 characteristics that living organisms exhibit:

1. Homeostasis: Regulation of the internal environment to maintain a constant state; for example, electrolyte concentration or sweating to reduce temperature.

2. Organization: Being structurally composed of one or more cells, which are the basic units of life.

3. Metabolism: Transformation of energy by converting chemicals and energy into cellular components (anabolism) and decomposing organic matter (catabolism). Living things require energy to maintain internal organization (homeostasis) and to produce the other phenomena associated with life.

4. Growth: Maintenance of a higher rate of anabolism than catabolism. A growing organism increases in size in all of its parts, rather than simply accumulating matter.

5. Adaptation: The ability to change over a period of time in response to the environment. This ability is fundamental to the process of evolution and is determined by the organism's heredity as well as the composition of metabolized substances, and external factors present.

6. Response to stimuli: A response can take many forms, from the contraction of a unicellular organism to external chemicals, to complex reactions involving all the senses of multicellular organisms. A response is often expressed by motion, for example, the leaves of a plant turning toward the sun (phototropism) and by chemotaxis.

Since the question is actually asking "when does the life of a child start", all 7 criteria are not met until puberty.

Is that so? Let me guess, you got your Masters of Science degree from the Upstairs College of Funkology.

Most of the people objecting to animal testing have no idea what testing entails, or how its benefited scientific progress. How do you think they test the medicine you take? Or research cures for cancer?

Geez, got an axe to grind much? What do you expect them to do when confronted with an uncontrolled barking dog? They haven't lived with the dog. It's not their "buddy". In fact, a lot of people keep dogs for the sole purpose of protection and attacking strangers. If you can't control you're dog in front of company, much less a cop, then it should be put down.

Call you're local SPCA and ask them what happens when your dog bites someone, and that person reports it to the police. It gets euthanized.

That was hilarious. I hate debates made by kids who flunked 3rd grade English.

I feel this debate doesn't properly represent the zombie community. Where are the "eat the living" and "unliving to eat" options?

Are Atheists To Blame For All of America's Problems?
Winning Position: No, more science!

Should Guantanamo Detainees Be Brought to the U.S.?
Winning Position: Yes

Would You Want to Live Forever?
Winning Position: No