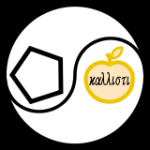 Joined:
12 years ago
10 most recent arguments.
View All

I think Haley from Order of the Stick has her argument down pat here.

C'mon guys, this is self-evident: blue is cool, while orange is hot. Basic color theory.

Yes, but then, I'm a programmer. It's kind of required, given that I'm dealing not with custom-built GUI wizardry designed for maximum usability, but with languages for general-purpose unrestricted computation and tools for low-level manipulation designed for the technically-inclined. In fact, in things outside of my area of expertise, I often don't read the manual, finding I pick things up faster by trying than by reading. It's a bit funny: you'd think someone with expertise in a particular area would RTFM less there, but precisely because they tend to be dealing with more complex problems, it is just for such people that reading the manual is often most important.

"Natural" or "normal" do not equate to "healthy" and "right". Whatever the source of such fascination, even if it is some quirk of human nature that would in other circumstances be useful, it is at present far from edifying or helpful - quite the contrary. It diverts what could otherwise be useful time to mindless diversion ("mindless", not "diversion", being the operative word), it encourages a materialistic and envious culture, and of course it hardly leads to much happiness for those whose lives are so inordinately scrutinized.

A two party system is inevitable? Go tell that to the Netherlands.

1. Most atheists I know don't think all theists are stupid. Anecdotes get us nowhere.

5. Atheists do not "believe in nothing". Atheists merely lack belief or do not believe in a deity. That is the only unifying factor among atheists; apart from that, anything goes. Atheism is not even the same as lacking religion (eg. Buddhists can be atheists). And no, every other religion does not believe in basically the same thing. The ten commandments require monotheism and Sabbath observance, prohibit idolatry and blasphemy. These are features not found in many other religions. As for "God" being a vague term, while in general it may be, in the context of the ten commandments it most certainly is not ambiguous.

Those are the only points I object to.

In any sufficiently complex logical system, there are statements that are true but unprovable, yes. But this is not "unprovable by computers", this is "unprovable within the system, period". Godel's incompleteness theorem says nothing about humans and human consciousness being special. Yes, we can show that these theorems are true, "proving" them in a fashion - but only in a metasystem, not within the rules of eg. Peano arithmetic itself. Likewise, so could a computer prove a statement about Peano arithmetic, from a system outside it.

Indeed, extreme views and fanaticism do not always go hand-in-hand with violence. Consider the ascetism and nonviolence of Jainism, or the anti-technological stance of the Amish.

Although I agree with most of what you are saying in theory, I do not understand your apparent belief that antitheism has become the rule rather than the exception in the US and its government. The vast majority of America is religious now, as it has always been. Atheism is gaining ground, but most of the atheists I know (including myself) want nothing more than not to be discriminated against on the basis of their lack of faith (and for the most part, we are not discriminated against). What is it that makes you say that "religion cannot creep into any aspect of public life"? Can you provide any articles or even anecdotes justifying your fear? Until you do, I will continue to think you are overreacting.

AIDS is not spread by homosexuality. It is spread by promiscuity. (In particular, you mentioned Africa, where the spread of AIDS is far more attributable to unprotected sex than to homosexuality.) The homosexual subculture does tend toward promiscuity, but this is not a necessary aspect of homosexuality itself. In much the same way as Christianity was associated with patriarchy and, eg., militarism during the Crusades, it's a historical artifact, not a causative association. Sex, when engaged in "properly", can still spread disease, no matter the biological genders of those involved.

As for why homosexuality was moved off the list of mental disorders, its true this was for political/social reasons. However, political-social reasons are the only reasons it was on the list in the first place. The idea of "voting away" an affliction is ludicrous because it should not be necessary except in a ludicrous situation!

What is "natural" and what is not is a red herring. Nature is not a guide to morality. Self-sacrifice and martyrdom are not "natural", and neither is monogamy (some species mate singly and for life; humans don't tend to unless strongly pressured by social norms).

And no, a "right" to homosexuality is never mentioned in the constitution, nor is a more broad right to privacy or freedom of sexuality mentioned; because it is impossible to mention all the things which should be legal in one document. If we're going to argue based on the founding father's intents - which are hardly, again, a guide to morality - the Constitution was written using the guiding philosophy of the "social contract", under which government was formed merely to protect persons from other persons. Homosexuality is victimless, thus not falling under the purview of this minimalistic view of government.

If you don't argue based on sinfulness, then why did you bring it up at all? You argued earlier that homosexuality is unnatural. I believe this is false, but I didn't bring that up, because I believe that arguing from "nature" is wrongheaded in the first place; so why do you bring up homosexuality's sinfulness if you believe this is not a good way to argue? You're just trying to be convincing while preventing people from attacking you on this point, getting the best of both worlds. This is not only fallacious, it's deceitful.

View All
Daedalus has not yet created any debates.