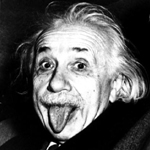 Never heard of him.

Yet we've all just seen you plagiarise one of his memes and post it up in main chat.

I understood it perfectly.

Me too. It was pretty self-explanatory. OP has a tendency to forget English whenever anybody forces him to confront his own stupidity.

I DON'T have to prove a negative.

Are you stupid? You have to prove any claim that you make, negative or positive. If you claimed that the Sun was not warm, you would have to prove that before people would believe you, because there is considerable contradictory evidence.

Was that a shout or a scream

It was a sigh. I'm sighing right now, in fact.

Why do you keep calling me "Burritto"? Are you feeling well?

You scream and shout just like a mentally ill person, so I have no reason to believe you are not mentally ill.

Gee why would I ban deceptive people like you.

Deception is an intent, and you have not proved my intent is to deceive because my intent is not to deceive. Hence, by your very own logic you are being deceptive. This foolish hypocrisy of yours just keeps building up, does it not?

I said you lied because I do not ban people for simply arguing with me.

But you do. Literally every member on the site will testify to that. Hence, you are a liar as well as a deceptive hypocrite.

You said people can't get a chance to debate the issue if they are banned.

I never said that. You are making up your own quotes because you are a deception-spewing liar.

You are once again showing why you get banned from my debates!

I am banned from your debates because you are dangerously insane. There is quite literally no other reason.

You don't want to debate my arguments

What arguments? Come on. You don't ever make arguments. You spam the phrases "viable babies" and "no restriction abortions" over and over and over again until people get sick of you, at which point you call them deceptive fools and ban them.

YOU REFUSE TO EXPLAIN HOW YOU ARE NOT CULPABLE FOR ELECTING PEOPLE WHO KEEP NO RESTRICTION ABORTIONS LEGAL!

And bingo. Straight back to "viable babies" and "no restriction abortions".

YOU REFUSE TO EXPLAIN WHY YOU SUPPORT FAILING TO ABORT BABIES WHO GROW UP TO MURDER BABIES.

Riddle me that, my mentally disturbed Westboro Baptist Church member.

Last chance before I ignore a total waste of time!

Shut up you fucking idiot.

That's what you do, Burritto.

Goldtop, you are often banned from debates because you are an unfathomably stupid, toxic alt-right retard who tells staggering lies about himself and others in order to promote his own culture of hatred. The principle of arguing is based on both parties agreeing to stick to the truth as they see it. Everything you write violates that principle, so you can hardly blame others for having the common sense to ban you, can you?

You are no difference from all the other judgmental people

It's judgemental. There's an e in it. Once again you accuse everybody else of what you alone are infamous for on this site: judging people. You judge people on the basis of a book which is two thousand years old, and then contradict that same book yourself when, instead of "turning the other cheek", you attack everybody who argues with you like a dog in the final stages of rabies.

You just lied and said I ban everyone who attempts to argue with me. THIS IS NOT MY DEBATE and I can not ban you!

Are you a fucking retard? I didn't say this is your debate and you can ban me. I said you ban everybody from your debates who attempts to argue with you, which is true. You literally fucking quoted me and then attacked a completely different statement.

Go home and take your medication you freak.

The fact that you must always try to insult and demonize me says it all.

It says that you can't be reasoned with because you ban everybody who even attempts to argue with you.

You know in your heart how dead inside you have become, and want to silence all those who shine a light on your true character.

Amusing that you literally cannot last two sentences without illustrating your own hypocrisy.

Nom can suck it. Putin is no fascist
Winning Position: is

If Evolution Is Real Then Where Are All The Half-White, Half Black People?
Winning Position: I want red pill