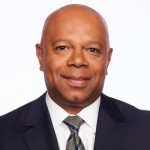 Joined:
326 days ago
5 most recent arguments.
View All

He brought alot home, and every time he did, your beloved white, left wing masters screamed like children.

Biden is gonna DO it..

Trump brokered with the Taliban to leave in May. It's May, and guess what? Biden says uh, uh no. Um September. All despite the Taliban saying they will invoke Jihad if he doesn't leave by May, as was the original deal.

Plus, Biden hasn't RIPPED any children away from their parents

He has. Now you're just lying or ignorant.

The rest of your crap is just plain crap.. Malarkey is a better word

The left is skilled at calling things the opposite of what they are. In fact they have their own language, which you speak.

Should we leave water in the desert for those trekking northward?

It'll evaporate. Hard for the libs, I know, but it will.

It's a person's right to be transgendered. What's not okay is giving sex changes to kids before the age of consent and demanding everyone else guess their identity or refer to them by some weird dictionary of pronouns that we don't want anything to do with.

It's a person's right to be transgendered. What's not okay is giving sex changes to kids before the age of consent and demanding everyone else guess their identity or refer to them by some weird dictionary of pronouns that we don't want anything to do with.

If everybody was content being poor and had no ambition to get rich there would be no robberies, burglaries, bank heists or fraud.

Your post also insinuates that all or many poor people have ambition, exampled by crime. Most poor people don't steal.

So concerning the average non-criminal, most poor people do not have the type of ambition needed to garner wealth legally. It's not a character defect, but rather, just a fact.

Chavin found guilty left still riots says it's not enough
Tied Positions: Good way to turn others off vs. That's how you get ignored

Is obedience to the establishment system a virtue?
Tied Positions: No vs. Yes

When the Communists get power, they always kill the minorities first
Winning Position: Unresolved

It's time for the black part of the church to condemn race baiting
Winning Position: Unresolved