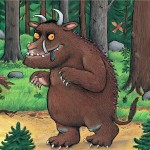 Right, mob rule. Otherwise “the people” is merely the state.

No, you are literally excreting this from your own ass hole. When in history have the general population ever controlled the state? The state is a small group of people which is designed to molest the people at large. The only time "the state" is anywhere near the same thing as "the people" is when the majority tells the state what to do rather than the state consisting of a small group that tells everyone else what to do.

Yeah? Tell me the difference between the “workers”, and the “people”. Then tell me how they control anything if not through mob rule or the state.

First of all "the people" means the general civilian population, most of whom are workers of some kind. Second of all "the people" do not actually control anything with mob rule or the state. With mob rule any opinion which is not the majority opinion is never acted upon, with the state the people are subject to a small body of individuals who make the decisions. The people can only control things if there is no state and the mob cannot over rule better ideas just because the mob has more people. This requires the collective ownership of the means of production (which is equivalent to no one owning anything) and the use of methodology to scientifically determine what the best decision is rather than any one person or group deciding. It also requires an educated population and a society where everyone has the same opportunities and individual freedoms as well.

The state IS the people, and “the people” is never more than the state, except for when it is the mob. To believe otherwise is the height of naïveté rooted in fantasy.

You sound like you're just trying to bend reality to fit your own projected worldview. The state is a group of certain people who have more political power than the vast majority of the people. Only in a pure democracy would "the people" become "the state" and so the opposite of everything you said is true, because "mob rule" is the only time the people actually control the state. Socialism is when workers control their labour and producers own the means of production. In order to equate that to the state you have to change the definition of "the people" to "the small group of people that control the rest of the people" and then assert that anyone who thinks otherwise is naive'.

Human nature is a fallen nature.

We've been evolving for billions of years, do you call going from a single celled clump of protoplasm to a human being "falling"?

This means that human nature is sinful.

The definition of sin is that which goes against the will of God. If you believe God created you with a certain inherent nature then every sin you commit is his fault.

Human nature has something other lifeforms do not have. It's called "free will". This means that humans can act outside of its nature.

You were looking for a demonstration of Hitler practicing socialism. The “People’s Car” was the product of an all new, Hitler sponsored, state (people) owned factory.

If the factory was owned by the state, how does that make it socialism? How on earth do you equate state ownership with "people" ownership?

How does that prove Hitler was a socialist? Because Germans made good cars?

You don't even go well on bagels Bronto. You should go back to the farm and crawl back up the cows titty you came from.

How are you going to influence a system where you are ethically against having any influence?

I'm not. I am ethically against having influence for no good reason or an upper class having influence while the people collectively have none. I will gain influence only to change things, not for influence in itself. Like your profile on DA says, you seek power for power's sake because you are a Voldemort Darth Sidious Slytherin Sith Lord.

You cannot have too much influence, it is something to infinitely enjoy and aim for.

I don't want to control everything, I want humanity to ascend. I am working for truth and to lift humanity up and you are working for the dark lords who keep the masses in their trance. I hate you, you are evil scum and you think you are the good guy and I am the scum. When humanity's potential is cultivated, there is less need or room for a handful of individuals to control and influence society, because people will be ready to govern themselves and govern each other collectively. You want a society where that never happens and the masses are kept as dumb slaves, always with a small ruling class to use and control them.

Too rich, absolutely no.

One person having too much money is like one person wielding too much political power. Of course, in capitalism your political influence is determined by money as well so there is really no difference. But you don't see a problem with that do you Mr. Napoleon?

Knowing yourself is one thing, but what about knowing the rest of reality? For example your irrational fear of commies which is based on propaganda rather than reality.

Do capitalists care about the future of humanity?
Winning Position: money now

Amarel thinks "the state" and "the people" are the same thing
Winning Position: retard

Where is the next communist revolution going to happen?
Winning Position: In Brazil

Is what you love truly good and what you hate truly evil?
Winning Position: No