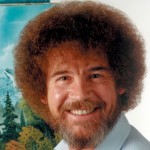 Joined:
3 years ago
3 most recent arguments.
View All

The United States need a strong central government if it wants to prosper. Separately, the states are struggling, because they tax their citizens too high, can't defend themselves with their weak militias, and their different currencies are inflating the economy. With a stronger federal power, the government can regulate taxes and have a standing army that can defend us better against threats. The anti-feds argue that one group will have too much power over the farmers and artisans, but the system of checks and balances in the Constitution is set up to prevent that and give the rabble a voice as well, while still keeping the educated with more power.

If we can negotiate, we may have to deal in association with other countries, but the end-goal is to have a nonviolent solution to the problem, with as little expenses as possible. The most import thing part, however, is making sure that North Korea doesn't fell that they need nuclear weapons as leverage.

I think option 3 is the better choice , even if it means affecting people's view of the US, because ultimately the option that can save lives peacefully will ease tensions and possibly provide a halt to North Korea's nuclear development.

View All
JenniferSnow has not yet created any debates.