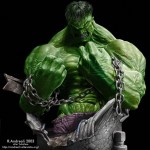 Anybody who thinks he advocates communism and fascism is obviously stupid and retarded (so far everybody on the 'yes' side).

Also by donating millions of dollars to revamp his home town is definately proof of his capitalist agenda.

Instead of arguing (stupid and blindly) against the guy himself, maybe you should argue against the points he raises.

America has more of a hold in American's lives then they'd like to admit. You're all sheep. Smarter and 'liberal' sheep only means smarter shepherds. That's all.

What a mug. I hope, for your parents, you don't actually talk like this in real life. If you do - kill yourself. If you don't, you're obviously a faker.

I've got no idea what you've just said seeing as you like talking like a posh twat but I definately know you have no idea what I was talking about. If you're so confused all you've got to do is ask and uncle Kinda might be kind enough to explain. I probably won't though, seeing as you're a cunt.

You obviously can't read. Do you suffer from some form of retardation? I don't mean this as an insult this time. I'm actually being serious. Do you actually just not understand what I've said or do you choose to appear mentally fuckfaced?

So I guess Romans weren't that great either. Or the Greeks. Or most 'great' European nations.

Better than building a nation off slaves I guess...

Not let Britain sneak into India and slither it's way to rule it.

Yes he did quite a lot of amazing things for Germany.

But let's forget the Jew thing. And the Aryan thing.

Was Buddha Black
Winning Position: Are you serious?

Those who oppose violence are those who cannot use it
Winning Position: No oppsers are hard

Have we traded Information with Wisdom
Winning Position: Unresolved

Religion IS NOT Christianity and Islam?
Winning Position: Yes

Do we ever show our governments enough gratitude?
Winning Position: No