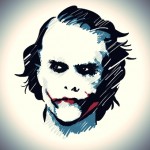 Joined:
5 years ago
10 most recent arguments.
View All

Downvoted for copying another's debate. Banned for not just the plagiarism but suspicion that you are using multiple accounts to bypass bans.

Obama was smooth as they come.

Saying true and then drawing an irrelevant analogy (something so ridiculous that it would be a good strawman of your side for the opposition to use) prove nothing. You do not deserve an argument point for this spam.

What is the chemical formula that the name 'life' pertains to?

This is on par with gravity as the most likely theory for a non-scientist to prove or concoct.

Some of the greatest theories include m-theory (which is an edited, correct version of the brilliant but flawed string theory) as well as countless others including the very theory that round objects underneath non-round ones can make moving heavy weights so much easier. (The wheel made what humans can do over a large landspace explode in potential)

Everything you said supports the other side. You are banned for misrepresenting your side.

They should be moral, not legal.

INTERACTIVE QUIZ: Which country is most like your utopia?

Transgender toilet use: US schools 'must respect gender identity'
Winning Position: Other

An end to scars? Breakthrough could heal wounds without leaving a trace.

Woman quits her boring office job so she can travel the world with her rescue do
Winning Position: Unresolved


"Be confident but not arrogant. Always assertive, never aggressive."