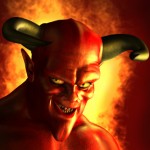 Joined:
15 years ago
10 most recent arguments.
View All

Consent can be either expressed or implied. Force is mean.

In the current political climate, where corporations wield arguably more power than government, how you spend your dollar is almost as important as how you vote. Personally, I do not get gas as BP anymore. I do not support disregard for oil drilling safety.

It took about that long to design, code, test & deploy CreateDebate!

I took the Myer-Briggs about 10 years ago, I was an ENTJ.

Come up with a list of sub-strings that should be checked for and maybe a validation rule can be added to make it smarter about weeding out the whips.

Good point, I think that's a claim that Democrats could make but it would have the side effect of denigrating the entire political system even more.

I love this question and i think I actually know the answer: antidisestablishmentarianism!

Nice work, Joe. Your video cuts off right in the middle of how to use the address book, though. Tell you what, if you make a very awesome tutorial video, I'll post it to the CD blog with a big fat link to it on the front page.

I think it becomes increasingly likely that the Neutron Bomb will be exploded.

Vice President Joe Biden said at a Florida fundraiser Sunday that the 60-seat threshold for passing legislation in the Senate put a dangerous new roadblock in the way of American government.

"As long as I have served ... I've never seen, as my uncle once said, the constitution stood on its head as they've done. This is the first time every single solitary decisions has required 60 senators," Biden said. "No democracy has survived needing a supermajority."

The Neutron Bomb is a parliamentary technique that could end filibusters.

For practical purposes, doesn't it make sense to know as soon as possible? That way you can set up your baby's room appropriately and pick better stuff for the baby registry.

What do you think of newly re-designed user profile?
Winning Position: Great Work

Who deserves to be on the front of the US fifty dollar bill?
Winning Position: Ulysses S. Grant

What do you think of the new front page? » visit link (www.createdebate.com)
Winning Position: Love It

If we are living in exponential times, what is the end game?
Tied Positions: Framing the debate vs. The eve of destruction perhaps

What kind of effect will Obama's Keating 5 documentary have on the race?
Winning Position: Not Much

Who will reach 270 and how will they do it?
Winning Position: Barack Obama


"The Flying Spaghetti Monster: Have you been touched by his noodly appendage?"