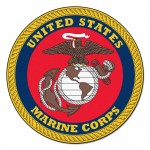 Outstanding... Dead on... You could not have said it more clearly. Thanks!

Thanks Fromwithin. I had more or less concluded the same. But I must admit, I thought just maybe he would break and respond with some level of reason. I have now banned him.

Help me better understand your position.

It is a fact that there is hardly a country in the world that you will not be arrested and detained if you chose to cross its boarders illegally. That’s not just the United States, both Canada and Mexico have similar laws.

As is the case in most countries, if you break the law, you are subject to arrest. Illegally crossing a county’s boarder is no small issue. It's hardly the same as J-walking. In nearly all cases and in nearly every country, you are going to be separated from your children when you are arrested. Domestically, American Citizens are arrested every day for committing crimes. And when that happens, they are separated from their families.

I've never felt that the banks "had me by the balls". In fact they are lending money at a very low cost at this time.

So help me understand, just how have the banks compromised you and how would you change the system of banking to a better one?

Give me a straight answer (yes or no).

Do you think a person that breaks a law, be they an American citizen or not, should they be arrested and separated from their family.

Anyone that commits a crime can and in most cases should be separated from their children. As an american citizen, if you shoplift or drive intoxicated you can be arrested and separated from your children. Being arrested in this country or any country for breaking the law commonly means you will be separated. So either you have laws regarding our boarders or you don't.

Or are you suggesting that anyone that breaks the laws of the land and has children should not be separated from them? No... there is another option.... The whole family can go to jail together. Can you imagine what our county jails would look like if the entire the families was put in jail with their father, who got arrested for drunk driving?

Se, so separating the kids.

So well said. So dead on.

When will the left, the Democrats, the liberals, accept and acknowledge that most of the time, those that are living in poverty are poor because of their own personal poor choices?

For many of them, they started making bad choices as teens. Dropping out of school, unplanned pregnancy, remaining single while having children they can’t afford, spending beyond their means, drug use, committing crimes, these are all personal choices. Statistically, these are the ones that are poor, the ones living in poverty.

Indisputable and all a consequence of personal choice.

Not once did I suggest people "volunteer to be poor", those are your words not mine.

My position is that the majority of those that end up in poverty are there because they made poor life decisions.

"Everyone works for the banks"? That's a rather bizarre statement.

I have no recall of ever working for a bank. No one in my family has ever worked for one. Maybe you have? Do you also work for the credit card companies? If a family member lent you money, do you work for them?

Banks do provide services that include loans used to fund the purchase of homes, buy a car or maybe start a business. But there is no obligation or requirement that you must use their services. But assuming you do chose to, are you saying that paying back money lent to you by a bank means you work for them?

There is no escaping the cold hard fact that when a person lives their life making smart strategic decisions they will be more likely to have a more financial secure future. And those that make poor decisions in life more often than not end up with less.

Your suggesting that you do not think this is true?

US law requires only males to register for the Selective Service (aka "The Draft")
Winning Position: Unresolved

Poverty in the United States
Winning Position: Those in poverty are victims

US women should be subject to the Selective Service (Draft)