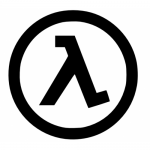 I am not going to do someone's homework .

It is like picking between being shot in the head or in the knee ...none of them is good.

I do have so info... but I also known that debating brain dead religious zealots is pointless.

REAL HARD DATA ...I am sure that it is easy to provide...

You are just comparing myths idiot .

There are so many historical inaccuracies in that movie.

(1) The Egyptian sun god was Ra not Horus.

(2) Horus was supposedly born on the 5th day of the Epagomenal Days which would fall between August 24 and 28 on our calendar.

(3) Isis was not a virgin in the Egyptian mythologies. Horus was conceived from the sexual encounter of the resurrected Osiris and Isis.

(4) The "star in the east", "three kings", and "new born savior", "walked on water", "teacher at age 12", and " baptized at 30"references to Horus cannot be found anywhere in studies of ancient Egypt.

(5) There is no evidence that Horus was ever called "the light", the "lamb of god", the "good shepherd", or "the truth"

(6) Was never betrayed, never died, and was never buried for 3 days. He merged with the sun god Ra.

(7) Horus had 4 semi-divine followers and 16 human followers not 12 disciples.

(8) Krishna was the 8th son of the Princess Devaki and her husband and his birth is attributed to be on the 19th or 21st of July 3228 BC.

(9) Mithra was not born of a virgin but of solid rock and there is no evidence that he was ever supposed to have died.

Lets get to the inaccuracies attributed to Jesus that they to use to shoehorn the other gods into the Jesus story.

(1) The Bible nowhere states that Jesus was born on December 25th.

(2) There is no mention of the number of kings (which are referred to as wise men in most translations). The only number references is to the number of gifts.

(3) Jesus was a small child when the wise men arrived and in a house and not the stable (where they would have had to have found him if they followed to star to his birthplace). Jesus may have been as much as two years old at the time (notice the order of Herod to kill all male children in the district 2 years old and younger).

I have never said any of it!!! Retard.

Pretty much everything in the Zeitgeist movie about the other gods is totally made up and much of the things attributed to Jesus are not from the Scriptures but from traditions. I could write a book about all of the historical inaccuracies in that movie.

#That is your opinion as a opinion of illiterate religious drone and that does not matter in real world.

Do you even realize that you did not even sent Wikipedia article but citation from chat forum of anonymous people?

Only thing I am asking all the time is to prove me that magic is real, you sent PDF with bullshit that you couldn't not prove, then you send Callaghan's summary that says "it is ordinary picture". In between you sent Jose "the employee", chat from wikipeda forum...

WHY IS SO HARD TO PROVIDE real report, from real scientific journal (NOT religions, creation.., astrology REAL scientific journal)? Where are they? Why they do not exist? Because you stupid picture is obvious forgery... bullshit made up for primitives to make them pay.

Only morons need religions to live .

You cannot disprove anything simply by not liking it ...


"I am good at maths and physics, but nothing else."