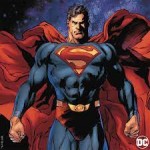 Joined:
51 days ago
10 most recent arguments.
View All

Nope. Your words scream ALT and you are a hypocrite for lying. You are a snowflake, weak and pathetic. Your arguments as the good Doc has said is invalidated.

Your arguments are essentially invalidated at this point. We, the Justice League know you are guilty of harboring many alts just to bully others into your false ideologies that actually bring harm to kids by deceiving them into believing "gender can be changed" and that the alternative of "gay conversion therapy" is acceptable when it's not. Double standards exist. You are denounced because you are a snowflake and you cannot win against the truth and the facts.

This is the most wide and most self-destructive comment I have ever read. You have lost it haven't you? You are delusional and hypocritical, in creating alts just to agree with yourself and your insane beliefs that are subjective and toxic. The more you lie to yourself, the more mad you get. You have in a sense, gained nothing from this. While the Justice League have an advantage. We stand for Truth & Justice. Children are in danger in reality. You choose to deny this truth. But you don't have common sense, therefore, you are delusional and dangerous to yourself as well as to others.

We will never shut up. We will march on and speak the truth. It is you who will shut up because you are wrong. You call us delusional and yet you act hypocritically and sexist towards real women out there who disagree with "transgender" sports. You support the side that wants to ban gay conversion therapy without seeing the logical truth that lgbtpedos want to bring their own form of sexuality conversion therapy in to endorse the same youth they want to protect into their own ideologies, which are unnatural things. Lgbtpedos are hypocrites in this and in refusing to see these facts, you have lost common sense, therefore making you delusional. You are self-destructive and hypocritical. You will have the right to remain silent and ofc you may choose not as you already have and we will continue to use what you've said against you because you are full of hatred, lies and delusional hypocrisy. Yeah, you don't fight for justice. Throwing "shut up" around just means you've admitted that you have no more explainable responses with common sense. This means you've lost. You are insane and you are a hypocritical truthphobic snowflake.

Have a good day. The cops will be taking you in soon.

You have exceeded the amounts of warnings you have gotten from the Justice League. We won't hesitate to take you down and hand you over to the authorities of the Law Enforcement. The outcome of this situation is your own fault. Whether you like it or not, your responses are nothing compared to Dr. Batman's common sense. My full support is with Batman and we are indeed not leftists/left wingers. Judging from your approach, you sound like one and you are indenial. Left wingers fit that profile as well. All I gotta say about Batman's point is; Double Standards.

Since lgbtpedos have backstabbed normies in the back for "giving them tolerance" by banning gay conversion therapy by bringing it back in opposite form to endorse youth into becoming unnatural homosexuals, this proves Dr. Batman's standpoint. We do indeed have the justified approach to not ban gay conversion therapy because you have your own form of sexual conversion therapy. Therefore, you are on the side of illogical insanity. Your arguments are indeed invalidated.

Exactly, Green Arrow. You got it correct. Harley has a point. I can't believe even she has stayed with us all this time. Batman told me she was always a victim of that insane clown, who has collaborated with a total sane figure like Lex Luthor.

The Justice Lords.....don't remind me Batman. We nearly lost Flash because of that one. But these hypocrites are behaving no different than the villains from the comics.

There are only 2 genders; male and female. So you aren't wrong in stating that you are male. It's simply biology, Eldon.

Alot of hypocrites on this site deny Christ and only a few accept Christ. Dr. Batman is one of the few who believes in Christ as well.

The Story: Supporters of the LGBT movement are working to ban one form of conversion therapy on minors while endorsing another.

The Background: Earlier this week, the Virginia House of Delegates passed a bill to end conversion therapy for minors. The state of Utah also recently passed a similar law. To date, 18 other states have passed similar bans.

The Utah law adds conversion therapy to a list of practices considered to be “unprofessional conduct” for state-licensed mental health therapists. Punishments could include suspending or revoking their license, according to state law.

Last fall the Utah ban received support from the Church of Jesus Christ of Latter-day Saints. In a statement on the Utah Psychologist Licensing Act Rule, the LDS church issued a statement saying, “The Church denounces any therapy, including conversion and reparative therapies, that subject an individual to abusive practices, not only in Utah, but throughout the world.”

By implying that all conversion therapies are abusive, the LDS church has adopted the position of LGBT advocacy groups. For example, in 1998, the American Psychiatric Association (APA) formally issued a statement opposing psychiatric treatment “based upon the assumption that homosexuality per se is a mental disorder or based upon the a priori assumption that a patient should change his/her sexual homosexual orientation” and describes attempts to change a person’s sexual orientation by practitioners as unethical.

Why It Matters: Is sexual orientation fixed or fluid? For LGBT activists, the answer depends on what position most benefits their cause. When it comes to conversion therapy to change sexual orientation, the LGBT lobby claims that homosexuality is immutable and cannot be changed. Yet in other contexts they claim that sexual orientation is fluid, especially in adolescence.

“Far from being a fixed preference,” notes Carly Cassella of Science Alerts, “the findings [of a recent large long-term study] suggest that sexual identity and attraction undergo extensive and often subtle changes throughout a person’s life, continuing long past adolescence and into adulthood, with women showing slightly more fluidity than men.”

If sexual orientation is fluid, then it seems reasonable that some minors would seek therapy to change unwanted sexual feelings. And indeed, until the LGBT lobby intervened, the psychiatric community largely agreed.

In 1973, the APA famously removed homosexuality as a mental disorder from its Diagnostic and Statistical Manual of Mental Disorders. It was initially replaced in 1980 by the classification of “Ego Dystonic Homosexuality,” characterized by having a sexual orientation or an attraction at odds with one’s idealized self-image, causing anxiety and a desire to change one’s orientation or become more comfortable with one’s sexual orientation. In the 1987 revision of the DSM, this classification was removed for political reasons. “In so doing, the APA implicitly accepted a normal variant view of homosexuality in a way that had not been possible fourteen years earlier,” says Jack Drescher, in a 2015 journal article for Behavioral Sciences.

Admittedly, some forms of reparative therapy conducted on minors were harmful and abusive. But few forms were as harmful and abusive as the “treatments” for gender dysphoria, such as destroying sexual function and fertility through hormones, or surgically removing genitals or breasts.

Studies have also shown that between 65 percent to 94 percent of children who initially identify as transgender identify with their birth gender by the time they are adults. Yet LGBT activists say we should ignore such findings and promote irreversible “conversion therapies.” As journalist Madeline Kearns points out,

A study published in 2017 in the Journal of Sexual Medicine entitled “Age Is Just a Number” endeavored to investigate “WPATH-affiliated surgeons’ views, experiences, and attitudes toward performing vaginoplasty,” i.e., castration, inversion of the penis, and dilation of a cavity to form a pseudo-vaginal canal, “on transgender minors in the United States.” (WPATH is the World Professional Association for Transgender Health.) Of 20 surgeons who were interviewed, eleven reported having done the procedure “1 to 20” times on children under age 18. The youngest patient was 15.

One surgeon gave an indication as to why this might be a bad idea. He or she described the new clinical landscape as a “new Wild West” where “a bunch of solo practitioners, basically cowboys or cowgirls who kind of build their little house, advertise and suck people in.” In the U.K., the Times of London has covered a whistleblower scandal at Britain’s main clinic for gender-confused youth, from which multiple clinicians have resigned, citing dangerous, experimental, and inadequate care.

Whether conversion therapy for minors to change sexual orientation is helpful or harmful is debatable. It’s also unclear whether that should be the primary option for Christians struggling with same-sex attraction. As TGC Council member Russell Moore has said, instead of depending on psychologists for a cure for same-sex attraction, those with homosexual inclinations should look to Jesus and the gospel for the strength to withstand their particular temptation to sin. “The Bible doesn’t promise us freedom from temptation,” Moore said. “The Bible promises us the power of the spirit to walk through temptation.”

51 days ago
Support Dispute Clarify Jump to Debate→
Mr_Superman has not yet created any debates.