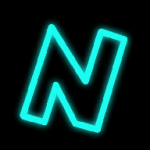 Joined:
3 years ago
4 most recent arguments.
View All

By freeing up the $400 Million, while the country would be under heavy surveillance, there isn't any reason for Iran to not just put that money into their more devious ventures, such as funding terrorist organizations, at a steady rate, with the amount being sent away to go undetected. It's also worth noting that reactor-grade uranium can indeed be used for nuclear weapons (Source of claim provided below), so by allotting Iran the material necessary to not only power their country but also the required substance to bring about the mass-destruction of the United States, nothing good would come of this deal.

With the constitution, there would be people to represent the every-man in congress and the issues they have. If that person isn't favorable by the rabble, then they would vote for someone new during the next chance they get. As for the constitution being to vague, any power not listed in there is given to the states, and with it being vague, states can add on to those rules to make them more clear.

With power being given to the individual states more so than the federal government, America is in a less organized and chaotic state. By allowing the Constitution to go through, there would be a strong federal military with trained soldiers protecting the country, rather than smaller militias of untrained men protecting the individual states, the federal government would have the ability to better tax the states, making it so that the states have to support the country they're apart of, and, in general, the country would be better unified as a whole.

In my opinion, I feel that the best option to handle North Korea is to simply pull the first punch on them, rather than us being on the receiving end of the first hit. Kim Jong-Un likely won't abide by any agreement made between him and the president, and it would just be wasting time to even try to make peace with them. North Korea has become a major a hazard to their neighboring countries, and I feel that by simply snuffing them out and keeping close watch on what's left, those problems would be taken care of.

View All
NTBlakeney has not yet created any debates.