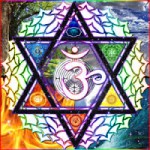 I won't dispute, but Source please? Thank you in advance.

Whoa, what the fuck happened to the language here?

At least in subjective arguments. If it were something objective, such as Pedophilia being wrong, then I'd most assuredly flip shit if somebody said it should be acceptable.

You forgot the next paragraph... the warnings are unnecessary if the Bible is sacrosanct.

Thanks for your support. I was taking a long shot putting that debate up, and fetching those links.

When I learned of Paul's misdeeds, I almost flipped shit in my dismay.

Well... you gotta consider that the random human has a family that loves them.

I will admit that it is a hard decision.

God I love you. I could go on and on about this "goodmale" guy/girl (likely a guy), but you seem to be handling it well.

Also, he/she seems to be a "College Graduate". What with that Engrish, I doubt that.

Please have my Ally request. This was beautiful.

"LOL your so stupid and less smarter than me that you make me feel like Stephen hawking.

And so a book is completely immune to being edited? I'd like to note that there are multiple, very harsh warnings of MAAAASSIIIVE punishment for adding to, subtracting from, or changing parts of the Bible.

If it were the sacrosanct, infallible, perfect word of a perfect being, it'd be impossible to corrupt to begin with, and such warnings would never need to be put in there. It's also a great trolling tool to use if you DID pollute a holy book and don't want anyone to fix it.

Also, Apocrypha? We're not going to count it's subtraction by the Roman Catholics? There are a lot of cool stories there.

((Also, I digress, Ragnarok in Norse Mythology. I just wanna say that... for the record, I think that a bunch of Grumpy Teenagers likely vandalized the Norse Scripture to say that all the gods were going to get their asses handed to them by the demons/giants that they had been wrecking for the past few millenia. xD))

>in the day when God will judge the secrets of men by Jesus Christ, according to my gospel.

>according to my gospel

Would God seriously send this man to Hell?
Winning Position: Of course not! (Why?)