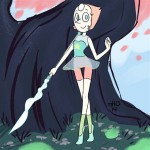 Joined:
242 days ago
10 most recent arguments.
View All

Yes, smoking should be banned in public places. I was reading the book, Fads, Fakes, and Frauds: Exploding Myths in Culture by Tomasz Witkowski. According to Witkowski smoking does more harm than the entire medical profession does good put together.

We should focus on subtraction of detrimental ideas in lieu of adding positive. Yet, humans are much more adverse to loss. This is why there are compulsive hoarders. Why the lost of $100 hurts us more than the positive emotions from the gain of the same amount.

The 400,000 number was from the Adam Ruins Everything video. This is how many people keeping computer graphic technology 40 years advanced would be needed.

Compartmentalization would help, but is not fool proof. Also, that takes extra effort. Are we really going to grant various level of security clearance to the 400,000 people needed to fake the moon landing? Easier just to land on the moon.

Extreme gullibility and skepticism are fraternal twins. The same people who have an extreme distrust in government also believe in all sorts of wacky conspiracy theories. Snakeoil salespeople use this technique to sell fake cures.

A conspiracy can be exposed due to sheer in-confidence. Therefore, in the case of compartmentalization a person can simply slip up and leak the information to a whistleblower.

"alleging Trump and his business “manipulated the appraisals to inflate the value of the donated development rights” at Seven Springs and another property."

There is reliable methodology to accurately determine the difference between a real and imagined conspiracy. For starters you can mathematically disprove some conspiracies as simply too large. The chances of the moon landing being a hoax is minimal because too many people would be involved.

"but on the other hand if religion had no evolutionary benefit would it have survived?" Another-Alt

Yes, religion could survive if it was neutral. There are plenty of genes in the human genome which are effectively useless. A good example is redundant genes.

Another way is if religion was bad for humans overall, but self-perpetrating. For example if religious leaders were more likely to reproduce.

There is no way to tell for sure because humanoids evolved over millions of years. Did Neanderthals have religion? How about Orrorin tugenensis' religion?

Yet, overall religion does more harm than good in the last 6,000 year of recorded history. First, religion is a mind virus. Like protein coat based viruses there is virus competition.

Meaning, when religion does good it is by ousting an even worse religion. For example, Christianity when first formed is like the radical Republican party. Christians did some good, kicked out the incredibly malevolent Zeus worshipers and then sold out and did a bunch of harm.

Religion and health seem a particularly deadly combo. People have died delaying medical treatment in the name of faith.

There is a difference between a real conspiracy and an imagined conspiracy. Real conspiracies are proven via evidence, logic, and whistleblowers.

In contrast imagined conspiracies are never proven. Always lurking on the fringes and relies upon conspiracy thinking.

Liberals can believe in conspiracy theories. A lot of liberals are anti-vaxx and believe in chem trails for example.

Should we use the term pregnant person sometimes?
Winning Position: No, never, NEVER!


"Hi, I am somewhat new to this site. I am a special snowflake."