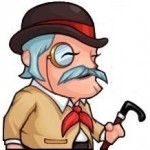 Joined:
3 years ago
5 most recent arguments.
View All

The surrounding circumstances and effects of the Israeli West Bank barrier may not be easy to stomach for some, especially those that respect the rulings of obsolete, misguided entities such as international courts, but that doesn't discount its effectiveness in the capacity of keeping out undesirables. That being said, what other example would you suggest?

We're the only credible enforcer of international law, therefore, we're above it (at least practically speaking though perhaps not ethically). Besides, the planned wall can be built on our side of the border to avoid cutting off Mexican territory.

We have a fence, not a wall, and it doesn't span the whole border. If you want evidence that walls and fences do work when constructed with integrity and along the majority of the length of a border then look no further than Israel and Hungary.

I contend that building a wall along our border with Mexico would be an effective method of halting illegal immigration and that a tariff on Mexican goods would be a viable option for garnering the funds needed to pay for it.

First, it's of great importance that I provide solid evidence that a border wall would be effective. I'd like to offer Israel's tale as evidence. In 2000 the Israeli government began construction of the Israeli West Bank barrier, a border wall similar in style to the one currently proposed by Donald J. Trump, with the purpose of curtailing violent Palestinian incursions. During the first three years of construction, 73 suicide bombings occurred but in the following three years that number fell to 12. The drop in suicide bombings can almost certainly be attributed to the security barrier. Furthermore, Prime Minister Benjamin Netanyahu tweeted "President Trump is right. I built a wall along Israel's southern border. It stopped all illegal immigration. Great success. Great idea" on January 28th, backing my aforesaid claim. It should be noted that the Israeli West Bank Barrier is only about a quarter of the length of the US-Mexico border at 410 miles to the border's 1,900 miles but the larger scale of the proposed wall won't necessarily decrease it's effectiveness in comparison to the Israeli security barrier.

The next issue to touch base on is the 20% tariff. There are three primary concerns with the tariff. Will it pay for the wall? What effect will it have on prices? What will Mexico's response be? To answer the first, the United States imported $303 billion worth of Mexican goods in 2015. Twenty-percent of that is about $60 billion, three times the amount that is expected to be required for the wall. Obviously US imports from Mexico in the coming year should be at least a third of those in 2015 which, yes, would pay for it. In regard to the second question, Mexico does export a number of different products to the US and the prices of those would be increased for the duration of the tariff, but for most, the brief spike in prices would be well worth the benefit of a secure Southern border. To answer the final question, Mexico is in no position to be belligerent with the United States, especially when it comes to counter-tariffs, if it hopes to come away from this unscathed (aside from the initial US tariff). Eighty-percent of Mexican exports are to the US and any prolonged trade war would cripple Mexico's economy. Questions?

Regardless of the merits of the TPP in its current form, wouldn't it be more sensible to negotiate our trade agreements bilaterally? In doing so it seems we could secure terms that are more favorable to us than the current ones being that by engaging the planned member countries individually they would be willing to make greater concessions when the concessions are better tailored to their individual interests instead of trying to negotiate blanket terms.

View All
SirDrPrf has not yet created any debates.