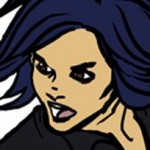 Joined:
12 years ago
10 most recent arguments.
View All

It was secret for forty years. How long does it need to be a secret before it "counts?" A hundred years? Two hundred?

It may as well still be secret, because the only way you can find out about it is to engage in independent research--something most Americans are too busy or too indoctrinated to undertake.

I can't do the research for you. More and more Americans are waking up to the fact that the government was involved, on some level, in the events of 9/11. The 9/11 commission report and the NIST report have been exposed as frauds by engineers and scientists (These people had nothing to gain by speaking out, unlike the experts who were willing to endorse the official version of events).

Big pharma doesn't want you to be cured. They profit by treating your symptoms. Religion is a smoke-screen. Follow the money.

Good boy. NIST would be proud.

Let's not forget that the fire was only on a few floors. If the WTC buildings had been rotated evenly over 1800 degree barbecues for 2 hours, then maybe I'd buy the "progressive collapse theory". It's simply not possible for unfocused, random fires on a handful of floors to weaken all the steel, from the basement to the crash zone, symmetrically and cause global collapse.

p.s. it's called a forge. I have never argued that steel is invulnerable to fire.

Oh, I don't know. Operation Northwoods is pretty good. (It's near the top, in the left hand column. Enjoy).

When you share private information with a friend--that's gossip.

When you murder thousands of innocent civilians, that's a secret. And if you were involved, you're invested in keeping that secret--because you're part of the system that perpetrated it. You benefit from keeping it secret. If you blab, you're taking a risk.

If you think our government can't keep a secret, then what exactly is the purpose of top secret clearances? I suppose the CIA won't mind if I examine their files, since we know all their secrets which they are unable to keep. You think everything they do is legal? How about moral?

p.s. the Government didn't fabricate the evidence of 9/11 - they omitted, destroyed, or distorted the evidence that was present.

Since many of you are familiar with the NIST report and freely refer to it, consider this editorial written by Kevin Ryan.

Mr. Ryan worked at Underwriters Laboratories (UL) -- the company that tested (and disproved) the pancake theory. The progressive collapse theory, which NIST fabricated later, was based on a distortion of data provided by UL.

Although he had recently been promoted, when Kevin Ryan asked too many uncomfortable questions, he was fired.

The risk of additional mutilation is the icing on the cake. The initial procedure, properly performed, is still mutilation in my opinion.

Why, exactly, do you think we're in Iraq?

"It is already common knowledge that many key reports and forecasts of forthcoming terrorist attacks were not headed by those in the government. This is simply proof of the ignorance of those responsible for our safety not of their guilt in a treasonous conspiracy to forward their own agenda."

I don't see how the government's failure to prevent the attacks proves their innocence....

"All right, since Youtube videos are apparently good enough to provide evidence for this debate, here's one for you."

I prefer to judge evidence by its validity, not by where it came from. I'll even listen to you.

"(...I personally think the prick who made this debate only sees things in black and white, as every idiot does.)"

In psychology, psychological projection (or projection bias) is a defense mechanism in which one attributes one’s own unacceptable or unwanted thoughts or/and emotions to others. --WIKI

As for your evidence...

Much of it attempts to discredit theories that claim the planes were not real passenger airliners, or were modified in some way. I agreed with most of what they said--I never put a lot of stock in what eyewitnesses saw, because eyewitness testimony is notoriously unreliable. There are some inconsistencies with the planes that this video omitted, but I don't think I had any major objections. In my opinion, whether or not they were real planes is a minor question, compared to the rapid onset of global collapse seen in WTC 1, 2, and 7.

The official collapse theory has already been addressed elsewhere on this page, and multiple sources have been provided. Check it out. NIST's claims of 40-inch bowing were not arrived at by the scientific method. Underwriters Labs got the steel to bow 4 inches (by exposing it to higher temperatures than were present, for longer time periods), and NIST multiplied by ten. The computer "simulation" in the video is completely fraudulent, as is the attempt to measure the bowing of steel from video stills and/or distant photographs.

9/11 was an inside job.
Winning Position: Wrong, I trust my government.