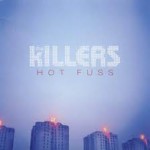 Science makes claims of string theory and parallel universe; that is just as spiritual as any book.

Those are just two different theories, science itself has achieved so much more than religion could ever do. If the world were wiped out right now, and every human died off as well as every shred of humanity, when civilization rebuilds, science will be rediscovered, while Christianity will not. This is because we can prove science, while religion is just a belief with no factual evidence whatsoever. There is no shred of evidence whatsoever to prove Christianity; the shroud or Turin and many others like it are proven falsities.

I'm sorry, but I honestly think if you're really trying to say I'm hypocritical then you must have some sort of disability. You believe in a man in the sky, with no proof to back him up, who killed around 25 million humans according to his book, in which several falsities exist such as the bat, which we know is not a bird. It's all a lie, it's no more intelligent than Santa Claus, the Tooth Fairy or the Easter Bunny.

Stop right there, give me a form of accurate dating test that can get behind 10000 years and I will believe you.

Key word being accurate I'm guessing. I could name many, although you'll just shoot them down for being "inaccurate". Fossils, including those of homo erectus and homo neanderthalensis, the dinosaurs, various forms of geography such as Canada's Appalachian mountains, which have slowly eroded away over the millions of years, the fact that corals have been growing at the coral reef for 25 million years and that their structures have existed for at least 600,000 years. Simple facts like this. Want me to go further? Fission track dating, carbon dating, amber from sap, layers of ice, craters, and so forth. I could go on all day.

I never said it was safer, I am just equating the Big Bang and any religious belief.

It's a theory, yes, but so is gravity. Is gravity also a huge lie? We might as well compare gravity to a religious belief, because it's also a theory.

Everytime you find a flaw, an apologist who actually has legitimate credentials gives an explanation.

Explain the Bible's self-contradiction. Such as Genesis 32:30, which states, “…for I have seen God face to face, and my life is preserved.” However, John 1:18 states, “No man hath seen God at any time…”. This is just one of many featured within the book.

As I am an atheist, I will try and answer this in a neutral perspective; God doesn't help everyone because he's an asshole. Let's go back to the scriptures and point out some instances in which God did not bother to help at all:

Genesis, 17:14 "And the uncircumcised man child whose flesh of his foreskin is not circumcised, that soul shall be cut off from his people; he hath broken my covenant."

A boy who is not circumcised should be cut off from his community according to God. A rather fair punishment for a child who did not do anything wrong. Despite the fact that it was the child's parents' faults for this "sin", the child is apparently the one to be punished by God because he simply doesn't care about the child.

Genesis 19:26 "But his wife looked back from behind him, and she became a pillar of salt."

In an angry rage, God murdered everyone and everything in the cities of Sodom and Gomorrah with the exception of Lot and his family. Despite how everything they've ever known, owned and met is now being burned alive, God says not to look back. His wife does look back, and she is instantly killed. Now, would a helpful God really impose this on a family? He spared the family, but not anything else, and then murdered Lot's wife over such a small deed? I do not think God helped Lot in this case, or his children for that matter, or everyone else that was just burned alive. He may have spared their lives, but as he has just destroyed everything they've owned and loved, and now the childrens' own mother, I am not willing to believe he helped them very much.

Leviticus 19:31 "Regard not them that have familiar spirits, neither seek after wizards, to be defiled by them: I am the LORD your God."

God commanding his people not to be around wizards and people with familiar spirits, showing just one of many groups of people he refuses to help.

Numbers 16:32 "And the earth opened her mouth, and swallowed them up, and their houses, and all the men that appertained unto Korah, and all their goods."

For having a different view and not wanting to follow Moses, Korah, his men and their families, as well as everything they own are swallowed up by the Earth. Very helpful to Korah, isn't God? In other words, "do not disobey your government's every orders".

Numbers 25:16-17 "And the LORD spake unto Moses, saying, Vex the Midianites, and smite them"

Yet another group of people God refuses to help.

Joshua, with God's permission, goes on a killing spree with his men and destroys four different groups of people, all of which were not spared because God did not favor them. They may have sinned, however I doubt that every single person, including women and children, were needful of a horrific and painful death at the hands of a "loving God".

As you can see from the above scriptures, God has been excluding people from his love and assistance from the times of the book itself. I may have only been using Old Testament scriptures, however as they are from the same story, it shouldn't matter. This is just to prove that God doesn't help everyone and will never, and only helps those he favors. Through all the bloodshed and killings, we can see God's true unhelpful intentions towards others.

Science has never tested the parameters of God because it is a spiritual belief backed-up by only a single book (or more depending on your beliefs). There is no science involved with the Bible, only pseudoscience at best.

Considering we've got this far and we now know that the universe is quite a bit older than 6000 years, I think your argument on how it's a safer bet to belief in God is flawed, as we have been able to point out a large amount of flaws hidden within the various spiritual books.

While cartridges cost more to make, I believe they are better. A cartridge can't break as easily as a disc can, and they (at least in the 90's) had very few problems with load times when compared to rivaling systems. A cartridge also varies per system, creating a new design mold per console, allowing the games to be easily differentiated. You can tell a Genesis game from behind easier than trying to tell a PS1 game from behind. They also prevented the need for multiple discs for one game. Overall, for their durability, efficiency and general overall appearance, I believe cartridges are better in gaming.

Assuming that by atheist you are referring to a lack of religion, you aren't born with any specific religion. You may be raised with a religious view from a young age, but you aren't directly born with a religion as you haven't been introduced to it yet.

Which ones, Sandy Hook is the only one which comes to mind.

You're a piece of shit, idiotic, annoying-ass retard, but enough about RandomDude, I'm here to roast bemagic. There's only one way to roast bemagic, and it's in an oven. Adalia Rose has more balls than bemagic, despite their similar diseases. The car that best describes bemagic's appearance is the Pontiac Aztek. The most positive thing in bemagic's life is HIV. I hope one day bemagic can finally fall into something comfortable, hopefully a coma.

To be fair, most of these are jokes I wrote in my spare time about RandomDude. No offense to you meant.

While we're on the same side here, I feel I have to point out you're a little mistaken here. No one in Canada is allowed to possess a firearm with the exceptions of the police, government, hunters and so on. We also happen to be extremely safe, safer than the US I'd say. Just because we don't have immediate access to guns doesn't make us unsafe in this case, as we're under no real threat at all.

Guns don't kill people, more often than not the government kills people. What they're trying to do is take away guns from innocent people just trying to protect themselves, while they get to keep and use any guns they want. It's an attempt supposedly to reduce murders after Sandy Hook, but in all honesty, I doubt the criminals out there would just give up their guns to the government. Once again, this whole ordeal is just another way of stripping the people of their constitutional rights.

The show's gotten to be quite tired over the past few years, especially when they put Ellen DeGeneres as a judge.

I also agree that Nicki Minaj and Mariah Carey need to go, just adds unnecessary drama to the show.

8 years ago
Support Dispute Clarify Jump to Debate→
Thebluemoo has not yet created any debates.


"I just come on here to voice an opinion, and back it up with facts."