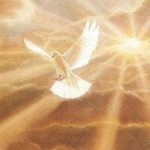 A fetus is NOT a human, just a mass﻿ of tissue

No, we have a mind

Abortion is safer than childbirth

HA! In the same way that murder is safer than living.

No, it's less dangerous to abort than give birth, wth^^

The number of murders are relatively small. Should we no legalize murder, rape, and theft?

Then why do we have laws against murder? child rape? torture? assault? grand larceny? etc.?

Those are not morals, morals are more of opinions, these are really not opinions

To say that a fetus is merely an extension of its parent needs some substantiation.

A fetus is like a parasite, should a mother have no choice?

Should this have a bearing on its endorsement as legal by the state?

Yes, it could cause a lot of crime, which the state doesn't want, and it would be more dangerous

There are already too many humans living on Earth. We don't need more.

This is just to state that if they're freaking out about millions of "babies" getting "killed", it's not true.

A fetus is NOT a human, just a mass﻿ of tissue

Abortion is safer than childbirth

The number of abortions are relatively small

Nobody has the right to impose their morals on others

A woman should be able to control her own body

Abortion must be kept legal, especially for all the rape and incest pregnancies

Aborting an unwanted fetus reduces the number of abused children

Governmental views aren't the only deciding factor. Te only realistic place is in between.

Very much left wing. Truly, some criminals do not choose to be so. And with equality comes true freedom.

LEVITICUS 20:13, IF A MAN LIES WITH A MAN AS ONE LIES WITH A WOMAN, THEY HAVE DONE WHAT IS DETESTABLE. THEY SHALL BE PUT TO DEATH, THEIR BLOOD IS ON THEIR OWN HEADS.

The Bble says that churches are not the home of God, he cannot be found there.

Think about all the evil and suffering in the world, think God would let this happen? I don't think so. LEVITICUS 20:13, IF A MAN LIES WITH A MAN AS ONE LIES WITH A WOMAN, THEY HAVE DONE WHAT IS DETESTABLE. THEY SHALL BE PUT TO DEATH, THEIR BLOOD IS ON THEIR OWN HEADS.

Don't expect them to know, but no we can't. Not sure why? Care to tell me? Because they're 'virtual', I don't know.

What' your birth State?
Tied Positions: Missouri vs. Florida


"I'm 14. Was born a Catholic, then became protestant, now have come to my own conclusions. I live in Dayton, NV, a town of about 10,000 where the first gold discovered in Nevada was found, also the first settlement in NV."