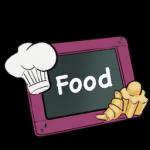 I can't prove anything because I'm sitting in front of a screen .

I suppose not just Americans but anyone who lives in their country , but it's a good thing that we can uphold our own opinion nowadays .

He's becoming part of the history already , and according to the past it is best to left them along as it is , besides killing them won't resurrect all those victims they've killed .

Say , you want them to answer their crime ? Alright , but to whom they answer to ?

Most people who anticipated world war II were dying out anyway , and it's not their fault that their leaders wants to wage this war (Like , they're soldiers and the only thing they can do is to follow orders) .

It would be a good topic to earn some points if you can take it easy .

Only extreme people who do rude things to the others are jerks .

Still they went deep into the toilet so I didn't hear a thing ... better not to I suppose unless you like to eat with sex(y?) scenery going on in the next room ...

Was looking for some arguments about JB and PETA ... then an accident click led me here :l

There was once me and my friends were evading some patrols in the school , and we hid in a public toilet and wait for things to cool down , then we found out there's a couple making out ... then suddenly one of the patrols point his flashlight at us but we were fast enough to dodge it though (damn I literary hit the deck and got dirt all over) .

After the patrols left we just sitting next to the stairs and eat our dinner calmly while the couple continues with their little "adventure" ...

6 years ago
Support Dispute Clarify Jump to Debate→
View All