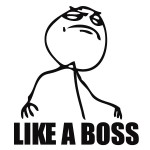 Lol Saurbaby what are you thinking...

Much too mature for me

Just stop all these accusations about all this crap. He's joined this group only to have a platform for interactive media. At least his crap sometimes proves reasonable to me (cos i have no life:))Besides, its his decision whether he wants to do what he wants. Don't tell me that he is restricted?

Legislation geared at penalizing cyberbullying has been introduced in a number of U.S. states including New York, Missouri, Rhode Island and Maryland. At least seven states passed laws against digital harassment in 2007. Dardenne Prairie of Springfield, Missouri, passed a city ordinance making online harassment a misdemeanor. The city of St. Charles, Missouri has passed a similar ordinance. Missouri is among other states where lawmakers are pursuing state legislation, with a task forces expected to have “cyberbullying” laws drafted and implemented.[46] In June, 2008, Rep. Linda Sanchez (D-Calif.) and Rep. Kenny Hulshof (R-Mo.) proposed a federal law that would criminalize acts of cyberbullying.[47]

Lawmakers are seeking to address cyberbullying with new legislation because there's currently no specific law on the books that deals with it. A fairly new federal cyberstalking law might address such acts, according to Parry Aftab, but no one has been prosecuted under it yet. The proposed federal law would make it illegal to use electronic means to "coerce, intimidate, harass or cause other substantial emotional distress."

In August 2008, the California state legislature passed one of the first laws in the country to deal directly with cyberbullying. The legislation, Assembly Bill 86 2008, gives school administrators the authority to discipline students for bullying others offline or online.[48] This law took effect, January 1, 2009.[49]

A recent ruling first seen in the UK determined that it is possible for an Internet Service Provider (ISP) to be liable for the content of sites which it hosts, setting a precedent that any ISP should treat a notice of complaint seriously and investigate it immediately.[50]

Research had demonstrated a number of serious consequences of cyberbullying victimization.[10][29][30][31] For example, victims have lower self-esteem, increased suicidal ideation, and a variety of emotional responses, retaliating, being scared, frustrated, angry, and depressed.[29]

One of the most damaging effects is that a victim begins to avoid friends and activities, often the very intention of the cyber-bully.

Cyberbullying campaigns are sometimes so damaging that victims have committed suicide. There are at least four examples in the United States where cyber-bullying has been linked to the suicide of a teenager.[29] The suicide of Megan Meier is a recent example that led to the conviction of the adult perpetrator of the attacks.

According to the Cyberbullying Research Center, "there have been several high‐profile cases involving teenagers taking their own lives in part because of being harassed and mistreated over the Internet, a phenomenon we have termed cyberbullicide – suicide indirectly or directly influenced by experiences with online aggression."[51]

The reluctance youth have in telling an authority figure about instances of cyberbullying has led to fatal outcomes. At least three children between the ages of 12 and 13 have committed suicide due to depression brought on by cyberbullying, according to reports by USA Today and the Baltimore Examiner. These would include the suicide of Ryan Halligan and the suicide of Megan Meier, the latter of which resulted in United States v. Lori Drew.

Studies are being conducted by large companies to gauge loss of revenue through malicious false postings. Cyberstalkers seek to damage their victim's earnings, employment, reputation, or safety. A 2008 High Court ruling determined that, generally speaking, slander is when a defamatory statement has been made orally without justification. Libelous statements are those that are recorded with some degree of permanence. This would include statements made by email or on online bulletin boards.[52]

Personally speaking stop despising Srom. I mean, he may be insensible, but still, he's not supposed to be a victim of cyberbullying. Even small derogatory comments causes unwanted hurt in the long run. Anyway, it doesn't hurt having some life in a debate. Besides, I have no life, so I need someone like him to make things more lively:D

fact: this aglib guy should be banned.

Second, pokemon is seriously too boring for ppl of this ages. Its not gay but inappropriate

Who copied my idea?

The minimum length for an argument is 50 characters. The purpose of this restriction is to cut down on the amount of dumb jokes, so we can keep the quality of debate and discourse as high as possible.

He was very resilient to survive cancer. It is already a major setback; now they strip him of his title. It will be a blow. Besides, nobody could prove he had used drugs

Why do we harbour mean feelings towards another party with opposing views
Winning Position: We are just too impulsive

Penguins Can Fly!
Winning Position: They CAN! (LIKEABOSS)

Should we respect the poor?
Winning Position: Yes, we should

are you gay
Winning Position: yes

Does money precede over health?
Winning Position: No

Exes should remain friends
Winning Position: Yes, we should

The Olympics are a waste of money
Winning Position: No, we shouldn't