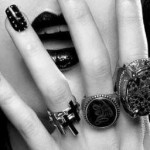 Joined:
6 years ago
10 most recent arguments.
View All

Yeah, science has proven we share DNA with chimps, bananas and zebra fish. Aside from that, I think you completely missed my point, which shows me how dense you really are. Please, for the love of God, don't open your mouth unless you know that what is about to come out of it doesn't sound completely moronic.

The U.S. Constitution actually outlines the rights we have rather than constrain them. Instead, it stops the federal government from overstepping its bounds (though apparently it becomes less effective and acknowledged as time goes on).

In actuality, humankind has the ultimate freedom to do whatever it wants, even despite the existence of laws. But we are not free of the consequences of said freedom.

Thank you for your explanation. I cannot say my beliefs align with yours (nor do they need to, of course), but I still find your answer intriguing and delightfully informative. :)

There would also be lasting psychological ramifications for those who enact the violence in vengeance.

I should have clarified my stance on mirror punishment. Yes, I do believe the survivors, if not the victims themselves, should have the right to exact punishment. But they should also be free to decide otherwise, also (for example, deciding upon a lesser form of punishment).

I object to turning any person into a "monster". It obscures the reality that this is absolutely a part of human nature, albeit something of an extreme.

I disagree. It is human nature to err, or think monstrous thoughts and have unexplainable feelings and/or emotions. But to act upon those impulses is not human nature otherwise the constraints humankind puts on its own behavior, and even the laws in place intended to exclude such behavior, would be completely ineffective. And to dilute murder as part of human nature offers an excuse for its perpetration.

Seeing people as "monsters" hinders our ability to engage with and understand them as human beings.

No religion can tangibly enforce any ideals on a person. People alone are responsible for war, and it's for as simple a reason as human emotion drives individuals to commit atrocities when another's lifestyles do not correspond accordingly with their own.

Black market organs are dangerous, obviously. You never really know what you're getting. But there is no shortage of them. Hospitals and doctors put their patients on waiting lists, knowing full well they'll die before they receive the care they need -- it's a money racket.

Ultimately, I think it's the patient's decision. If they're comfortable purchasing organs from the Underground, so be it. As long as the person didn't die specifically to provide said organs, I believe it could actually save more lives than the current system.

Absolutely not. Why should he expect to have rights as a sperm donor when he stripped the mother of her right to consent? Furthermore, simply because she chose to keep the child does not grant him any leniency or parental rights whatsoever. He traumatized her mentally, and anyone capable of such abuse should not be near children.

Agreed! That's the point I'd flip out and huddle under the seat. LOL

That aside, abortions are a personal decision the mother, and sometimes the father, makes. It's no one's damn business what she decides to do with her body, whether you like it or not. And if you have a problem with your tax dollars going towards the upkeep and operation of abortion clinics, maybe you should either work harder to change the socialist-type economy you live in or consider relocating to an area more suited to your ideals. Because the fact of the matter is, in a country revered (outwardly, anyway) for its individual freedom, you cannot claim to support such an ideology only when it suits your personal beliefs.

I'd oppose such a bill, as it's no concern of the government, or anyone else, what you do with another person (as long as they're consenting adults).

Just an interesting point of fact, though, in some states, premarital sex is illegal, technically. Of course, it's not enforced and is one of those primitive laws that dates back to the Victorian era that no one really realizes is still on the books.

Windowless planes are 10 years away.