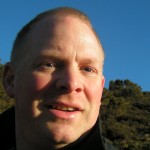 Joined:
12 years ago
7 most recent arguments.
View All

This implies that thinking is an active activity. By that definition then yes, people stop thinking. For example when sleeping. The brain is doing many thing but conscious and directed thinking is not on the list.

But if the definition of thinking is simply the presence of brain activity then the question is of course meaningless because once we lose brain activity "we" (the thinker) are not here.

So I think that of these two definitions the only meaningful discussion is about being able to stop actively thinking about the world. In my experience we spend a lot of time swimming in our thoughts with no active direction. That's not thinking. When someone says "I've been thinking about that" they mean something active.

"Lefties don't like the truth" & "He told the Germans the truth" are not opposing arguments. They can both be true at once or false at once.

I don't know what Pence is trying to achieve, but this is not a debate and is misuse of this format. I know I haven't been active here for over a decade - but I'm surprised and disapointed.

This question is not phrased to allow a for/against response. Try re-phrasing it.

I would say that people can (and we often do) stop thinking actively. We often don't make an effort to think logically and rationally. But that's just one aspect of thinking.

I don't believe it's possible to stop thinking. Anyway, if you did stop thinking how would you know? You can't observe the absence of something without observing its context and doing that would be an act of thinking. However I think it is possible to enter a state of pure awareness, observing and taking in an environment without any intellectual analysis of the environment.

It's not that simple, as any legal system will show. There must be good reason for me to believe that the person (in this case a cop) has an intention to kill me. Normally I would not make this assumption just because a policeman pointed a firearm at me. On the other hand, if the cop had just shot at me unprovoked, I might consider shooting him or her. Of course ideally in that situation one should aim to remove them as a threat without killing them.

I haven't read all the arguments, and this is my first posting here. So excuse any misunderstandings.

I am inclined to agree with your train of thought. My preliminary formulation would be something like:

"Violence is the use of physical force against another person, but only when the force used is more than that necessary to avoid a greater act of violence"

This formulation is perhaps similar to the way regulations of police use of force are formulated, they are limited to the use of reasonable and proportionate force. They would argue that by following this guideline they are not being violent even in quite aggressive and heated confrontations.

I support the statement "The doing of justice never requires violence" in the sense that I am inclined to consider any use of violence as inherently unjust. However I think that there are times when, for example, widespread use of force in overturning a despotic regime can be justified as preventing greater acts of violence against a population.

12 years ago
Support Dispute Clarify Jump to Debate→
Duncan has not yet created any debates.